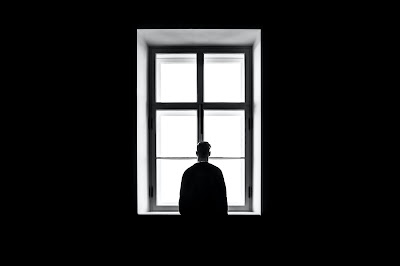 “Repentance,” like most words that have come into the English language from Latin, is thin on emotion, feeling. There is something cerebral about it that does not capture the sorrow, the regretting, the regressing to the fervored childlike promises of I’m sorry, I won’t do it again.

But lashuv, to go back, means not only ”to regret,” it also means “to return.” This translation captures the hope that going back is always possible: going back to a pre-lapsarian world in which our wrongdoings are gone, in which we have not yet missed the mark (cheit, the word for sin, being an archery term), in which broken relationships are healed without leaving scars, in which we ourselves are innocent again, having said No to the apple and the knowledge of good and evil.

Yet somehow the notion of returning implies a place or a state of being to which we can return, as we move from the here and now to the there and then. But can we? How do I return when I am lost?

If we question the Hebrew term further, we find that it also means “to recover.” We can recover an item we lost, and we can recover from illness or injury (e.g., 1 Kings 13:6). Recovering in this latter sense, while returning us to health, does not erase the illness or the disease or the moral failings to which we succumbed, it covers them over the way an upholsterer recovers the stained and frayed fabric of an old chaise. When we are thusly recovered, we seem new only at first blush. For without a record of our misses, our meanness, our self-righteous judgements, our selfish grievances and grief—how can we possibly grow our neshamas into souls that do not fail the same way again, and again?

Return is like time-travel, we are never sure we are in fact returning to the time before we erred. And even if we did, and we could—where in this is the record of our struggle? Recovered, we will always be defined both by the recovery and by that from which we recovered.  Just as a recovered alcoholic is not the same as someone who has never lusted after a drink, so the sorry sinner is not the same as the innocent.

Tate in Himl, let me wear my sins with humility, let me try whole-heartedly to heal the pain I have caused others, and recover from who I was when cause it I did. May forgiveness, theirs and Yours, flow like cooling water over the yetzer that is as much I as I am I.

May 11, 2021
There's something about spring.... Trees and shrubs madly competing to get all their leaves out first, big, fat, lush; grass turning too green, then being outdone by the too-yellow of a carpet of dandelion; tulips burning up the near-empty garden beds with hues of deep purple and barnfire reds. It's all somehow too much. And people, too, popping out of their sealed houses, shivering in thin shirts and sandals with grim determination, trying to ignore the hard spring breeze. In all that rushing towards new life, that frenzy seemingly shared by all living things, with the swallows repairing last year's nests, and the Canada Geese squatting in the middle of the hayfield, or even by the side of the road to get the new crop of children out ... in all that there is also denial, a forgetting of what fails to return, what has quietly ceased during autumn and winter: plants that went underground and have failed to rise again, animals whose last breath rode away on the stiff winds of
Post a Comment
Read more

January 18, 2021
art by Shelley Yampolsky Inside the shells of our solitude edges and contours disappear. What use is skin without an other leaning in. When we are free to love again the deep dark pool of me will flow into the deep dark pool of you like water going home into the sea.
Post a Comment
Read more