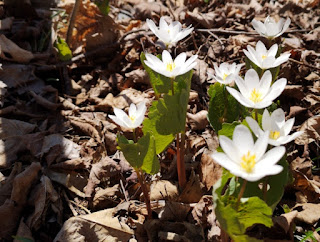 I have always loved God for rebuking the angels when, seeing the Egyptians drown in the Sea of Reeds (Talmud, Megillah 10b and Sanhedrin 39b), they burst into song. But the Israelites, newly and safely arrived on the other shore, also sing triumphantly (Shirat Hayam), completely oblivious to the fact that in order to save them and nudge them toward a better life, God has had to sacrifice so many of his other children, and is weeping at their loss. And God is silent.

In 5780 the plague is not only killing the Egyptians, it is killing both the Egyptians and the Israelites. And everyone else, too.

At the seder we are to experience what our ancestors went through, as though we had actually been there. At this year’s seder I found myself reliving the story of the Israelites, and the story of the Egyptians at the same time. Maybe the latter more so. Mitzraim, the narrow place we must pass through to emerge as free and responsible individuals, is here. Right here. And right now.

Do you always giggle a little when you get to the ten plagues, focusing on the choreography of putting drops of wine on your plate in order to avoid thinking of what is really happening? Innocent people, old and young, children, are dying. And today this is not a story in a book, it is what is happening outside your window, it is happening especially in the homeless shelters and the nursing homes, and on the streets. We sacrifice the infirm of body and mind and of matter, while we hide in our houses and have the groceries delivered.

Tzedek, tzedek, tirdof! Is it just that so many of the Egyptians should have died as a result of the plagues unleashed by a God fearing for his people, but with the full complicity of Moses and Aaron who invoke magic tricks and oratorical skills that don’t come easily to Moses the stuttere? Is it just that so many die, that all the Egyptian firstborn die, and all the Israelite firstborn escape?

Moses is at first an unwilling accomplice. Chosen by God, he hides behind his speech impediment, arguing that no one will ever listen to him and take him seriously. But it happens, and his sidekick Aaron plays his part. They are a great duo. But the Egyptians suffer, and so many die. And God weeps for his children.

Should Moses have said, No? His great-great-great-great-grandfather Abraham held God to account when the cities of Sodom and Gomorrah, and all their inhabitants were to be destroyed. Abraham issues a challenge: Shall not the Judge of all the Earth act justly? In the end only Abraham’s nephew Lot and his daughters are saved. But this is not what Abraham asked for.

On the other hand, this is the same Abraham who obeyed God without question and showed himself willing to sacrifice his son Isaac. Like Moses, he is at one time uber-obedient, and at another time possessed of a sense of justice that is undeniable, and that will challenge even the Holy One.

After this year, Pesach will never be the same. It seems to me that we have accepted the story as finished and unalterable, so we find ways to justify what cannot be justified, because we feel that it would be wrong to question our traditions.

But have Jews not always questioned, bickered, refused to accept, changed the script? God weeps as the Egyptians die from the plagues Godself has unleashed on them. Did we deserve to be rescued that way? Does God love us so much that God killed his other children to give us food and shelter and life. We owe something in return, don’t we? Have we been repaying that debt by living holy lives, looking after the old and infirm, and keeping our world the wonderful place it was created to be?

We have been hard at work destroying the natural world by turning it into a garbage dump, we have not worried about the dozens of species of plant and animal that are becoming extinct every day. We have been killing and devouring other sentient beings (they too God’s creatures) simply because we can, and because we are stronger, because we have weapons and means far superior to the defenses cows and pigs, sheep, chickens, turkeys and the many species of fish can put up. And our grandfathers and grandmothers, warehoused unto death in so-called nursing and retirement “homes”—what have we done?!

Tate in Himl, forgive me for my part in this. Let me grow, let me understand my guilt and learn to love more fully, grieve more wholly, argue with more passion and without regard to consequences, and be there for all your children, whatever they may be called, and however many legs they may have. I will make time for all your creatures, Tatele, I will take care of them, and of your world. Please let them live.

May 11, 2021
There's something about spring.... Trees and shrubs madly competing to get all their leaves out first, big, fat, lush; grass turning too green, then being outdone by the too-yellow of a carpet of dandelion; tulips burning up the near-empty garden beds with hues of deep purple and barnfire reds. It's all somehow too much. And people, too, popping out of their sealed houses, shivering in thin shirts and sandals with grim determination, trying to ignore the hard spring breeze. In all that rushing towards new life, that frenzy seemingly shared by all living things, with the swallows repairing last year's nests, and the Canada Geese squatting in the middle of the hayfield, or even by the side of the road to get the new crop of children out ... in all that there is also denial, a forgetting of what fails to return, what has quietly ceased during autumn and winter: plants that went underground and have failed to rise again, animals whose last breath rode away on the stiff winds of
Post a Comment
Read more

January 18, 2021
art by Shelley Yampolsky Inside the shells of our solitude edges and contours disappear. What use is skin without an other leaning in. When we are free to love again the deep dark pool of me will flow into the deep dark pool of you like water going home into the sea.
Post a Comment
Read more

September 13, 2021
Photo Sasha Freemind on unsplash “Repentance,” like most words that have come into the English language from Latin, is thin on emotion, feeling. There is something cerebral about it that does not capture the sorrow, the regretting, the regressing to the fervored childlike promises of I’m sorry, I won’t do it again. But lashuv , to go back, means not only ”to regret,” it also means “to return.” This translation captures the hope that going back is always possible: going back to a pre-lapsarian world in which our wrongdoings are gone, in which we have not yet missed the mark ( cheit , the word for sin, being an archery term), in which broken relationships are healed without leaving scars, in which we ourselves are innocent again, having said No to the apple and the knowledge of good and evil. Yet somehow the notion of returning implies a place or a state of being to which we can return, as we move from the here and now to the there and then. But can we? How do I return when I am lo
Post a Comment
Read more